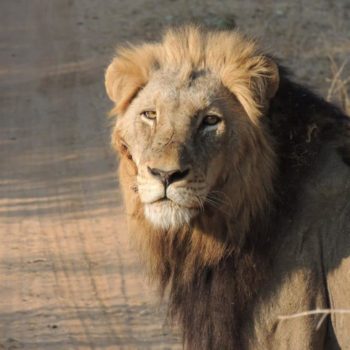 It has taken one tiny little virus, a mere speck under the microscope, to teach humanity a lesson. What is the lesson? Humans are not superior. As the custodians of our environment and we need to stand up and accept this responsibility especially on this, the World Nature Conservation Day.

The great teachers and mentors in the sphere of Personal Growth and Development will tell you that you are no more than the sum total of your past. In other words, you are solely responsible for what you are today and what you have today. No matter whether it is health or wealth, abundance or lack. It is so because of your decisions and actions in the past notwithstanding a very small amount of genetic factors that we inherited! The message is clear – WE ARE RESPONSIBLE!

The columnist Amy Pieterse makes the point that our economic, social, and technological progress is supposedly a testament to our development beyond the animal mind. But at what cost? The earth is burning before our eyes. We’ve plundered and destroyed it to the point of ecological collapse. If our transition to consciousness was an evolutionary advantage, then we have totally botched it.

The grim evidence is that 60% of the vertebrate animal populations have disappeared since the 1970s. This directly due to our human activity. If the human population were to be reduced by 60% today, it would mean removing the total human population of North America, South America, Oceania, Africa, Europe and China! I suspect that nature would breathe a huge sigh of relief!

In 2019 we watched as the Amazon Jungle burned. There was an increase of over 80% in the number of fires compared to the previous year. This is attributed to the spike in deforestation that is now driving the devastating blaze in around 76,000 locations. The message is clear – WE ARE RESPONSIBLE!

In an article published more than three years ago, eminent scientists warned that the Earth’s sixth mass extinction event is already underway. This extinction is directly attributed to the actions of Homo sapiens. Even if it is stopped now, it would take the world in excess of 5 million years to recover.

And now that the Covid-19 wolf is howling at the door. Will the global Nature Bank sink deeper into overdraft as governments around the world focus attention more narrowly on economic and social recovery plans? Plans aimed at helping the human race?

Let us take full and absolute responsibility for the environment immediately around us. Do all we can to mitigate our negative impact. Add our voices to the voices of so many environmentalists that have been banging on the door of our consciousness. They have tried in vain to focus our attention on the damage that our lifestyles are doing to the environment.

When the tropical forests have been felled, coal and gold hauled from the bowels of the Earth and clean water sources fouled or depleted… well, what then?

I believe that there is a silver lining to this dark cloud called COVID-19. It has served as the major wake-up call for people around the world. We are responsible and it is up to US as individuals to create the change. The change in our own lives that will benefit our environment. THEN we can go and bang on the door of governments. At local, regional, and national levels to implement the changes necessary to turn the tide. Let us be the positive influence in the world.

The Creation and Geology of Victoria Falls

The creation and underlying geology of Victoria Falls is a marvel in its own right.…

Wine Tours in Cape Town. Immerse Yourself in the Local Splendour of the Cape Winelands…

The REASON for Elephant deaths in Botswana

We now have the reason for Elephant deaths in Botswana. It has been more than…