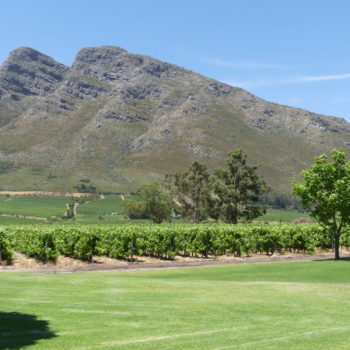 Wine Tours in Cape Town. Immerse Yourself in the Local Splendour of the Cape Winelands and Wine Tasting in Cape Town!

To better understand the Wine regions of South Africa and the wines produced in South Africa . We need to go back in history a little bit. The Dutch settlers arrived in Cape Town in 1652. They discovered that the Mediterranean climate was ideal for the making of good wines. The Dutch settlers planted the vineyards for that purpose. The Wine-makers were restricted to produce good dessert wines, the sweeter variety as well as red wines. As a result, South Africa became well known for the dessert wines and red wines.

The Discovery of Cold Fermentation in Tulbagh

Early in the 1950s, cold fermentation started in the Tulbagh area on the Twee Jonge Gezellen wine estate. This process was essential for the production of good white wine. A barrel of wine was placed under a cold mountain spring reducing the temperature of the contents. The result was a good white wine from this barrel.

There is a variety of different wines produced in the Stellenbosch wine region. Pinotage is our very own South African cultivar developed in the Stellenbosch wine region by Professor Harold Perold. He decided to cross Pinot Noir with Hermitage rootstock and created wine out of this named Pinotage. He found that this was a good full-bodied red wine. Professor Perold published his findings but, the agriculture faculty did not take it up.

After the passing of the professor, his former student passed his old residence and saw that the property developers were removing his vines. The student managed to stop them and saved the grapevines that he later took to Elsenburg Agriculture College.

Beyers Struter had a 5-year restraint of trade agreement. He saw how the South African consumer arena was changing. More African communities are now discovering wines which is a huge growth area for the future. Struter developed a Pinotage wine that was easier to drink, a picnic-style wine marketed under the label Beyerskloof. The original Pinotage was a full-bodied red wine ideal when paired with a red meat dish. But it is also a wine that would not suit the palate of a new wine drinker. Today, Pinotage wine is still the traditional full-bodied Pinotage. Discover this when you visit Wine Estates in the Stellenbosch Wine regions, especially at Kanonkop Wine Estate. But for the new entrants, we have the Beyerskloof variety that is a much easier wine to drink.

We also have a white Pinotage that is now available on any wine tours in cape town. They are still producing a variety of sparkling wines, white wines and red wines. Some of the newer estates, like the Ernie Els Wine Estate, are well known. Their wines are good but not rated as exceptional due to the location.

One of the historical wine cellars would be KWV that is in the Paarl wine region in the town of Paarl. The KWV wine cellar covers an area of over 50 acres in size. KWV had a monopoly in the export of wine when it was still a cooperative cellar. During the apartheid era, all of the wines produced by KWV wines were for export purposes. It was only the members of KWV that had access to the products out of this wine cellar. After the demise of the apartheid system, KWV became a private company still producing the same wines and spirits. In 2018, KWV Wine Cellar celebrated its centenary. A visit to the KWV wine emporium is another highlight for anyone interested to book wine tours in Cape Town.

The Value of Understanding animal behaviour