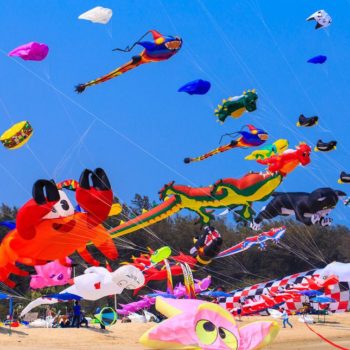 Cape Town International Kite Festival – a Spectacle in the Sky!

This weekend was my first time attending the Cape Town International Kite Festival which is held every year in Muizenberg, Cape Town. It was a spectacular show and there were crowds of people to see some of the large & beautiful kites as well as to fly their own smaller Kites with the help of their excited children.

It started out as a windy day which was great as the massive kites were a lot easier to fly.
As usual there were many kiosks selling all kinds of food stuff and plenty of activities for the little kids. So my first time at the Kite Festival was really great fun and I will surely attend the next one. Pity it’s going to be a whole year before the next one comes around.

BEACH ACTIVITIES WITH MY FAMILY

Conroy Clan does Family Beach Activities! The past weekend of the 25th October, the weather…